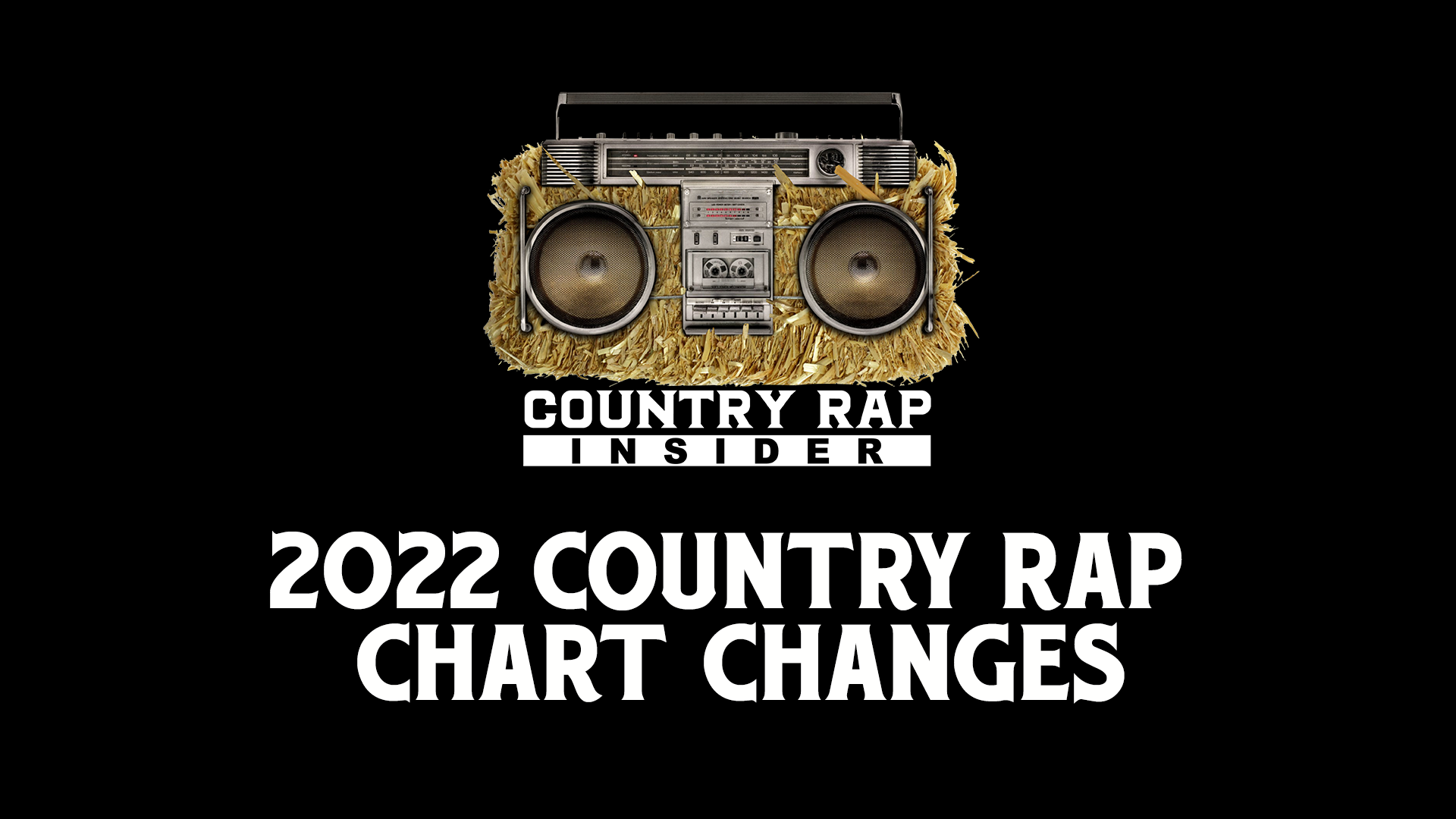 We have officially wrapped up YEAR ONE of the first official sales and streaming CHART completely dedicated to COUNTRY RAP. When we started we set certain rules about 1) needing to be country and 2) needing to be mostly rappers. Some artists chose to go back and forth, in and out of the genre, and played some with singing over rapping if not completely moving over to all singing vocals. But that’s what artists do. Because they are artists.

BUT…fans are fans. And fans express their feelings as well. And we here at CRI listen and ponder all statements, criticism, ideas, etc. Some of the notes were right on the nose and we considered making those changes the very weeks we heard the complaints. But we decided to wait it out and make these changes in 2022. And here we are. 2022 has arrived.

1 – Jelly Roll is being removed from the chart. We are still MASSIVE Jelly fans here at CRI and will cover any song he releases that fits the format, but for the most part Jelly does not fit the genre. In reality, only some of his collab music with Struggle Jennings should qualify. So, no Jelly as of this week.

2 – Yelawolf is being removed from the chart. Yela doesn’t want to be here and we get complaints nearly every week. Still fans of Yela, but we just won’t have him included on the chart moving forward.

3 – Nu Breed & Jesse Howard will be included as a single artist and no longer be considered under “collabs”. The Country Rap Chart currently does not include collaboration projects unless it’s an official group or goes under a group name. For instance, MRC tracks “Adam Calhoun & Demun Jones” as a separate artist from “Adam Calhoun” or “Demun Jones”. So the artist “Adam Calhoun & Demun Jones” would not be included. But “Jawga Sparxxx” which is a collab between “Jawga Boyz” and “Bubba Sparxxx” is included because they operate under a new name. “Twang & Round” is a group and have always performed under that name so they qualify. Due to Nu Breed being his own artist and Jesse Howard as well, “Nu Breed & Jesse Howard” falls under collab and thus has not qualified. However, because they have been consistently working as a unit, for 2022 we are removing the “collab” tag and considering them an official group.

4 – This is just for clarification: WE TRACK EVERY ARTIST! If the artist is on this page: www.countryrapinsider.com/artists – then we track them. If your artist is not on the chart it’s because they are not selling or streaming enough music to make the chart. PERIOD! We don’t play favorites here. We just report the facts.