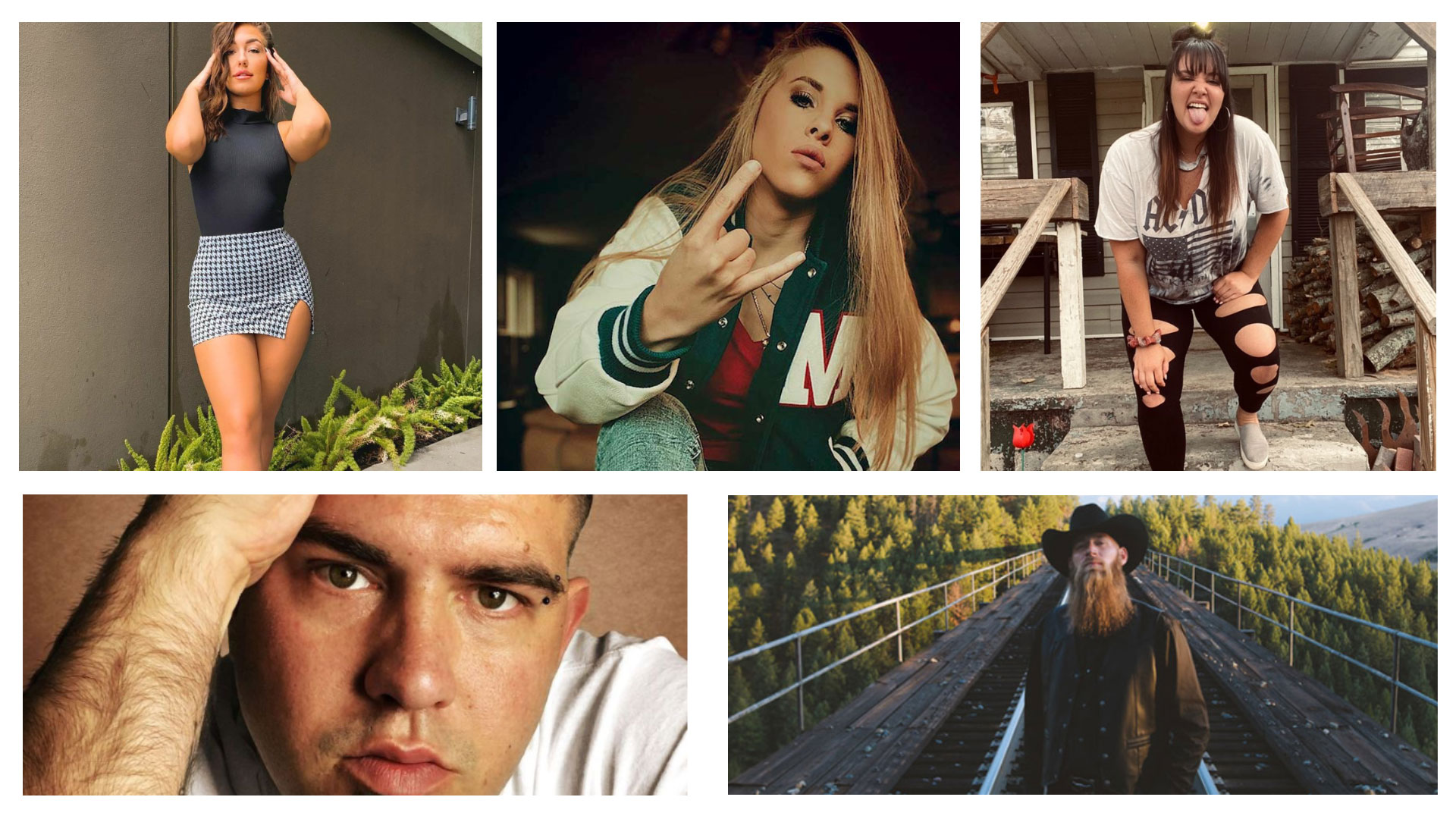 The last couple weeks in country rap have been entertaining to say the least. WhoTFisJustinTime? started the ball rolling with his newest release “Country Rap Facts” f/ Adam Calhoun that took swings at all the usual suspects. Then one of JT’s targets, Shotgun Shane, responded with “Country Rap Facts Jack” in which Shane decided to also randomly diss Brabo Gator. Of course that led to Brabo joining Justin on the remix version of “Country Rap Facts” to in turn respond to Shane.

Sounds like a lot of drama but it actually drove a lot of sales and sales equivalent streams as well as kept us all entertained. Not only did WhoTFisJustinTime?’s streams jump enough to push him seven spots up the Country Rap chart but it also helped increase sales of several rappers he dissed on the song. The aforementioned Shotgun Shane as well as Katie Noel and SMO all saw nice upticks. Hosier, who actually sells more music than Justin Time, Shane and Katie combined, saw a slight uptick as well.

So looking at last week’s sales numbers it would appear that “Diss Culture” could be good for Country Rap.  Well that’s not what some of the fans thought as many fan and industry comments pushed for more genre unity. Many argued that Country Rap is already disrespected by other music genres and showing division doesn’t help our cause to gain more mainstream traction.

I tend to agree with these comments on “unity” but we also know that respect in this industry is gained by success. And success is measured by sales. So seeing the genre have these sales increases is a good thing.

So should everyone start dissing each other? NO! It doesn’t always work. Justin Time made a HIT song regardless of it being a diss song. So just deciding to go after someone isn’t a real plan. You need to first pick a strategic target and then make sure your presentation is just a good as your one liners.

Case in point…last year we saw Savannah Dexter go after Katie Noel. Katie was an easy target as she had somewhat “retired” and had all the Upchurch fans already shunning her from their personal fallout. So Savannah found a good “wounded deer” in Katie who already had Upchurch’s massive fanbase waiting for someone to take a shot. And then Savannah delivered with a GREAT song. This was a precision attack and beautifully executed AND IT WORKED. It essentially helped launch Savannah’s career.

But now fast-forward to the end of 2020 when Savannah and ShelbyKay start to go at it.  Savannah “kind of” dissed Shelby and then Shelby “kind of” dissed Savannah. It was one of those false start type battles where no one was actually claiming they were actually in it. The fans seemed to be confused and divided all at the same time. But then Shelby decides to go ALL IN. It was a nice attempt but the song wasn’t good and she didn’t have a fanbase advantage. It was poor planning and it failed. No one saw any kind of sales jump and it all seemed like a waste of time. It was like a bad movie with a good trailer. We were excited to see it but after walking out of the theatre we all wanted our money back.

Personally, I’d like to think of these really good strategic attacks like PRO WRESTLING. I know these folks have REAL BEEFS but personally I like to imagine they all go back to the same locker room, change clothes and go get a beer together to plan their next match. I know that takes the “fire” out of it but we all still love our favorite movie even though we know it’s fictional. We all still love PRO WRESTLING. I may sound dumb but to me that would be the best of both worlds…a united genre with some good entertaining beefs.

This past Monday our entire team crowded around the office TV patiently awaiting the “Country Rap Facts Remix” like a UFC title match was about to start. There was another 1000 plus fans also awaiting the launch and over 7500 people viewed the song release in the first 15 minutes. It was a really BIG moment for Country Rap and these moments in our genre are few and far between. So regardless of how I feel about “Diss Culture” in Country Rap I’m going to continue watching it as long as it stays entertaining and as long as it’s positive for the genre as a whole.
The word from sources inside the Upchurch camp say that Church DM’d back and forth with the “Redneck Crazy” singer last week.

And by the way Country Rap community…Caskey is out there dissing our entire genre. Who’s up?