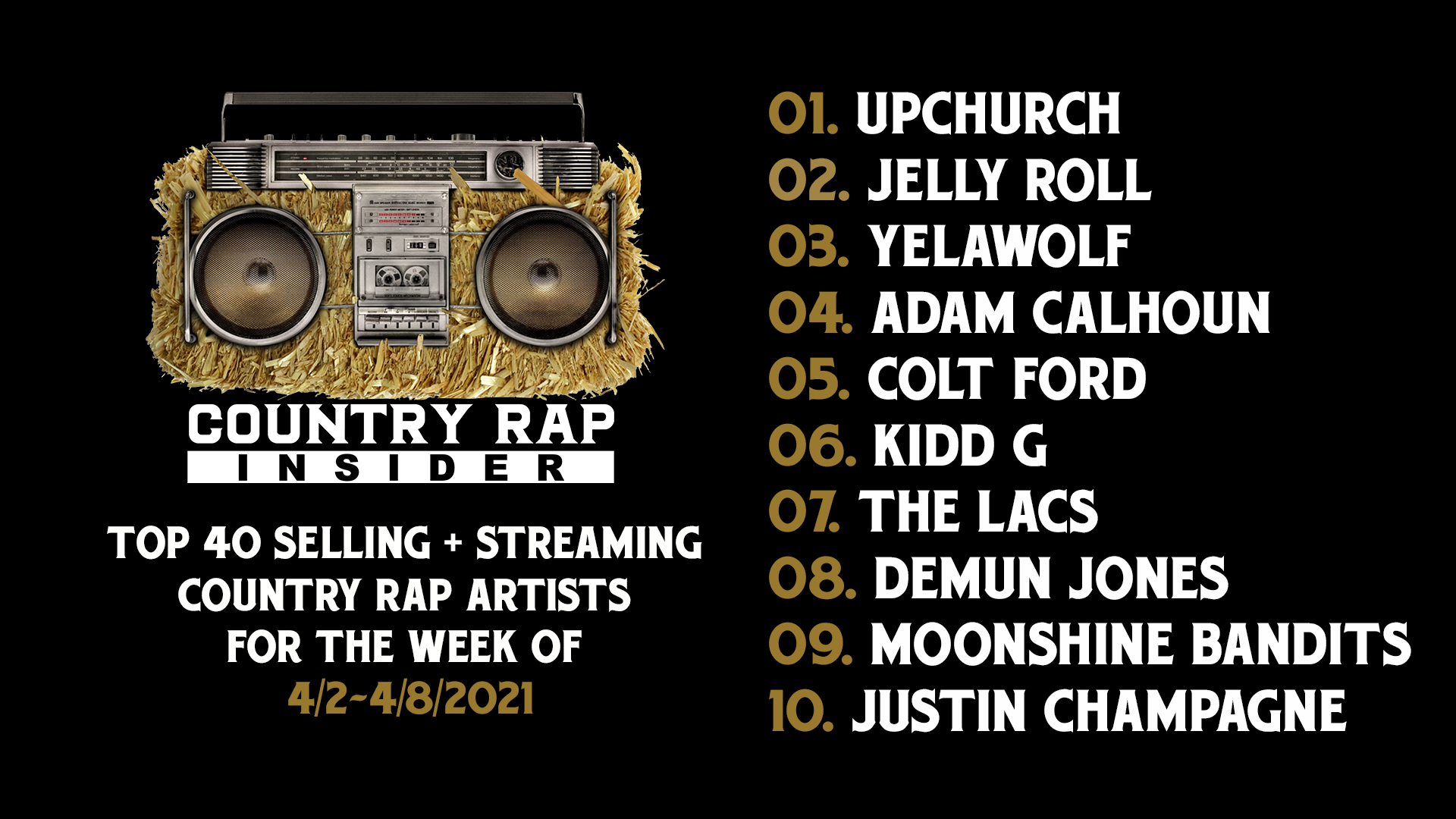 The Top 10 scrambled a bit this week as Kidd G drops from #4 to #6 moving Adam Calhiun up to #4 and Colt Ford to #5. But the biggest story of the first 10 spots is Demun Jones who passes Moonshine Bandits for the first time while also passing Justin Champagne. Demun takes the #8 spot while the Bandits and JC fall back to #9 and #10 respectively.

The 11-20 spots see a bunch of small moves as Struggle Jennings falls two spots from #13 down to #15. While Hosier and SMO each move up a spot to #13 and #14 respectively. Sekond Chaynce moves up one spot to #17 pushing Haystak back one position to #18. Lenny Cooper and Cypress Spring both move up one spot to #19 and #20 respectively. The biggest story for the 11-20 positions is Savannah Dexter who falls out of the Top 20 to #21 for the first time since the release of her debut album.

The back of the chart is the most interesting as FJ Outlaw surges from #40 up six spots to #34, clearly the biggest story of the week. We also see the debut of Jessta James who enters the chart at #38. The only other gain is Mini Thin who moves up one spot from #36 to #35. Drops include the Good Ole Boyz who fall two spots from #34 to #36, Austin Tolliver who falls two spots from #35 to #37 and Brodnax who drops three spots from #37 to #40. Dusty Leigh falls off the chart for the first time since we moved from 25 to 40 positions.