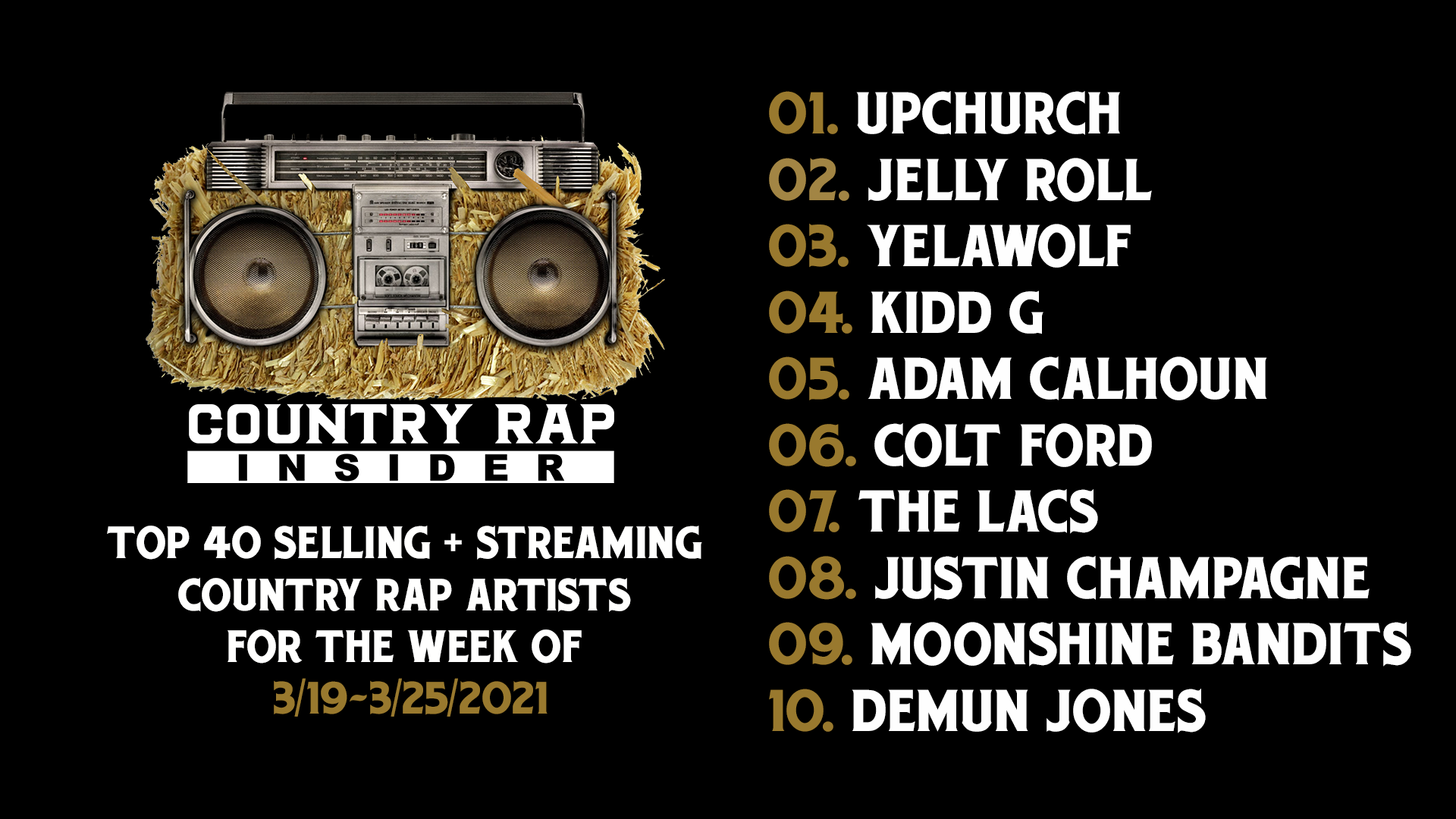 The Top 10 again stays mostly the same with only one change as Kidd G for the second time in three weeks jumps over Adam Calhoun from #5 to #4.

The 11-20 spots are much more interesting, highlighted by our greatest gainer of the week Charlie Farley who moves from #20 up to #16 this week driven by his latest release of “B.F.E.” Bubba Sparxxx gets back closer to the Top 10 by moving up one spot to #11 while Struggle Jennings moves from up two spots from #15 to $13.

The 31-40 spots also stay mostly static except for Racket County who rejoins the chart by taking the #40 spot from The Stixxx but only by one album unit.

Multi position drops include Savannah Dexter who drops another three spots from #16 down to #19. This follows a four spot drop last week and puts Savannah in risk of falling out of the Top 20. Also, Burden drops two spots from #21 to #23 also continuing his chart decent.