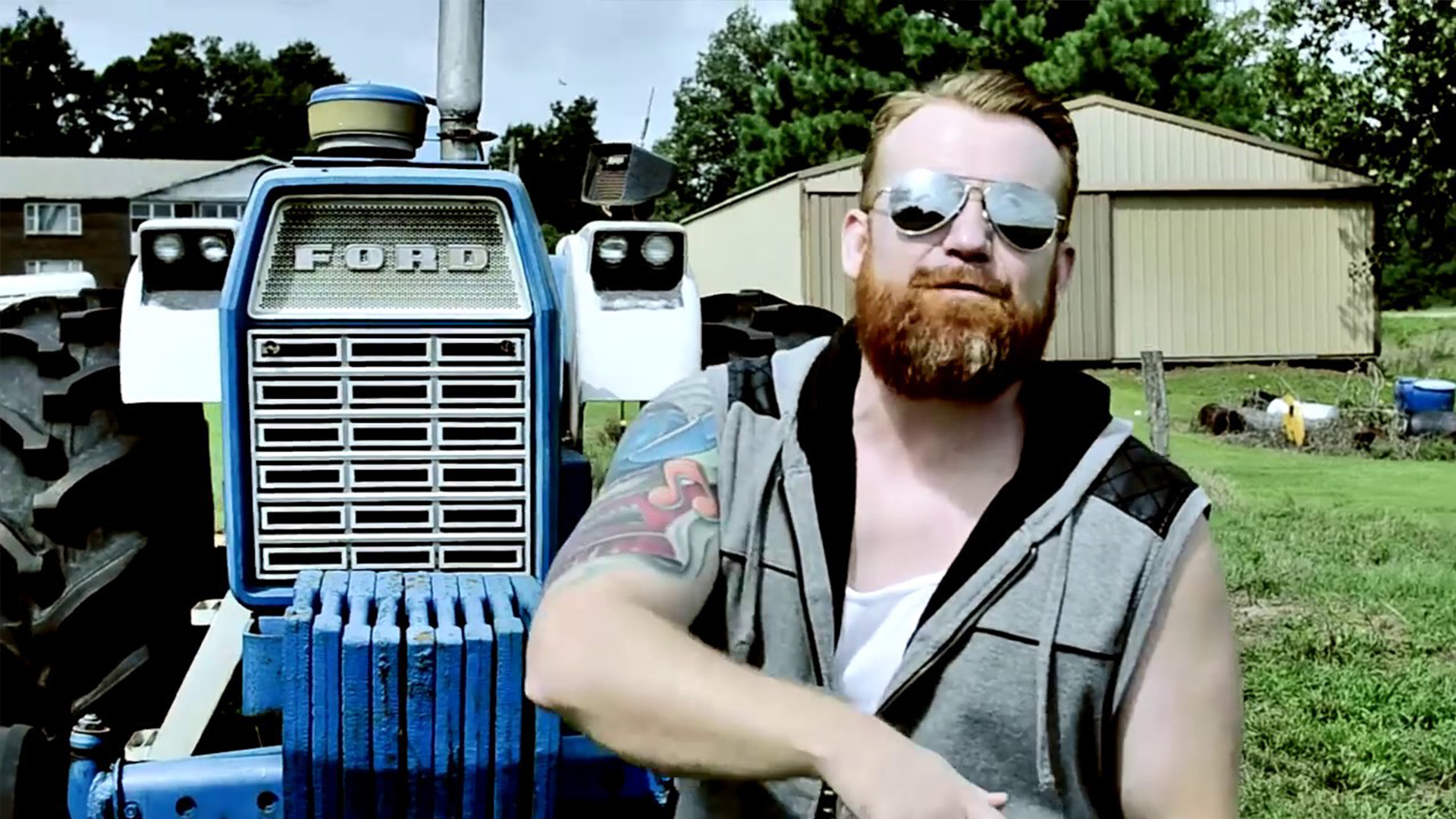 We recently spoke with the ginger giant and got his take on everything in the country rap game, his influences and his future projects. Y’all check it out…

CRI: Tell us how you got started in music?

FE: I’ve loved music most my life, but I really got the bug in middle school when Dedrick Jackson and myself performed “My Minds Playin Tricks” in the talent show.

CRI: Was there anything in particular that inspired you that is now prevalent in your music?

FE: Life and the struggles of life is probably my biggest inspiration. Music is my therapy

CRI: For some reason I’ve always thought of you as a producer as well as an artist but the credits on many of your Spotify songs do not list anyone as a producer, can you clarify?

FE: I’m absolutely a producer, an engineer and I also shoot music videos. Probably the main country rapper I’ve produced for is Charlie Farley along with most of my own stuff. This new project is the first time I’ve really ventured out and started working with other producers. I wanted to bring a different flavor on this new album.

CRI: How would you describe your creative process?

FE: It might sound crazy but I’m my most creative coming off a bourbon bender. I don’t know if there is just something coming off a hard weekend of drinking that gets my mind working. I tend to think it’s the anxiety and depression that comes when you’re detoxing that’s when I write my best songs.

CRI: You seem to be a big voice for the genre itself, what are some things you think need to be done to help country rap find its place in the overall music landscape?

FE: I think there needs to be more professionalism all across the board. I also believe the drama needs to stop. What really drew me to country rap in the first place was the love the artists and fans had for each other. Somewhere along the way it feels like a lot of people got in the genre for a check, not the love of the genre. Drama brings attention so they cause drama to get eyes on them, so they can make more money. That’s not Country to me. At least not the way I was raised. I was raised to help your neighbor, not tear your neighbor down. I look at all the artists as my neighbors.

CRI: What have been your favorite collaborations and what artist or artists would you most like to collaborate with?

FE: I’ve recently had the opportunity to work with David Ray. I’ve been a fan of David’s work since he was with CWB. Working with him has been a great vibe and experience. Artists I’d most like to collaborate with would be the likes of Jelly Roll, Danny Boone, and really any great singer. I’m not a great singer but I feel my best writing is done when I got a really good singer to work with.

CRI: If you could pick any artist to go on a year long tour with in Country Rap, who would it be and why?

FE: Jelly Roll without a doubt!

CRI: If you were not doing music, what do you think you would’ve chosen as your career path?

FE: It would have to be something in the creative space. I’m not at peace unless I’m creating. As a matter of fact, I’m not very fun to be around when I go weeks without creating. So I guess I could see me being a youtuber, a photographer, or doing something with GFX and Video.

CRI: What can you tell us about your new song and video “Livin’ In The Past”?

FE: “Livin’ In The Past” features Hard Target. I’ve been a fan of Ryan’s for many years. I stumbled across his video “Look Out” a long time ago and always wanted to work with him. A friend of mine, Ryan David, tagged us both in a post and said he’d love to hear a track with us. Target said he was down. I was sitting on a few ScatteredBrain beats, I sent them over and he sent me the hook back with a quickness. I wanted to drop the song last year but COVID hit. I thought it was best to hold on to the song. We went to Wisconsin and shot the music video with Josh Russell. It’s by far my best and most professional music video to date. I can’t wait for people to see it.

CRI: What else is coming up for you?

FE: I’m just tryin to finish my album Bourbon Blues “The Final Chapter”. I truly feel it’s my best collection of music I’ve put together. Not sure when the album will drop but y’all should be getting a single a month until it does. After that I’m looking forward to doing more collabs, working on more of the Trillbillie stuff with Camo Collins and finally dropping a project with my group Dem Bourbon Boyz. I know people have been wanting that for a while. I’d also love to start doing a lot more features.