All The Future Country Rap Icons In Bubba Sparxxx’s “Ugly” 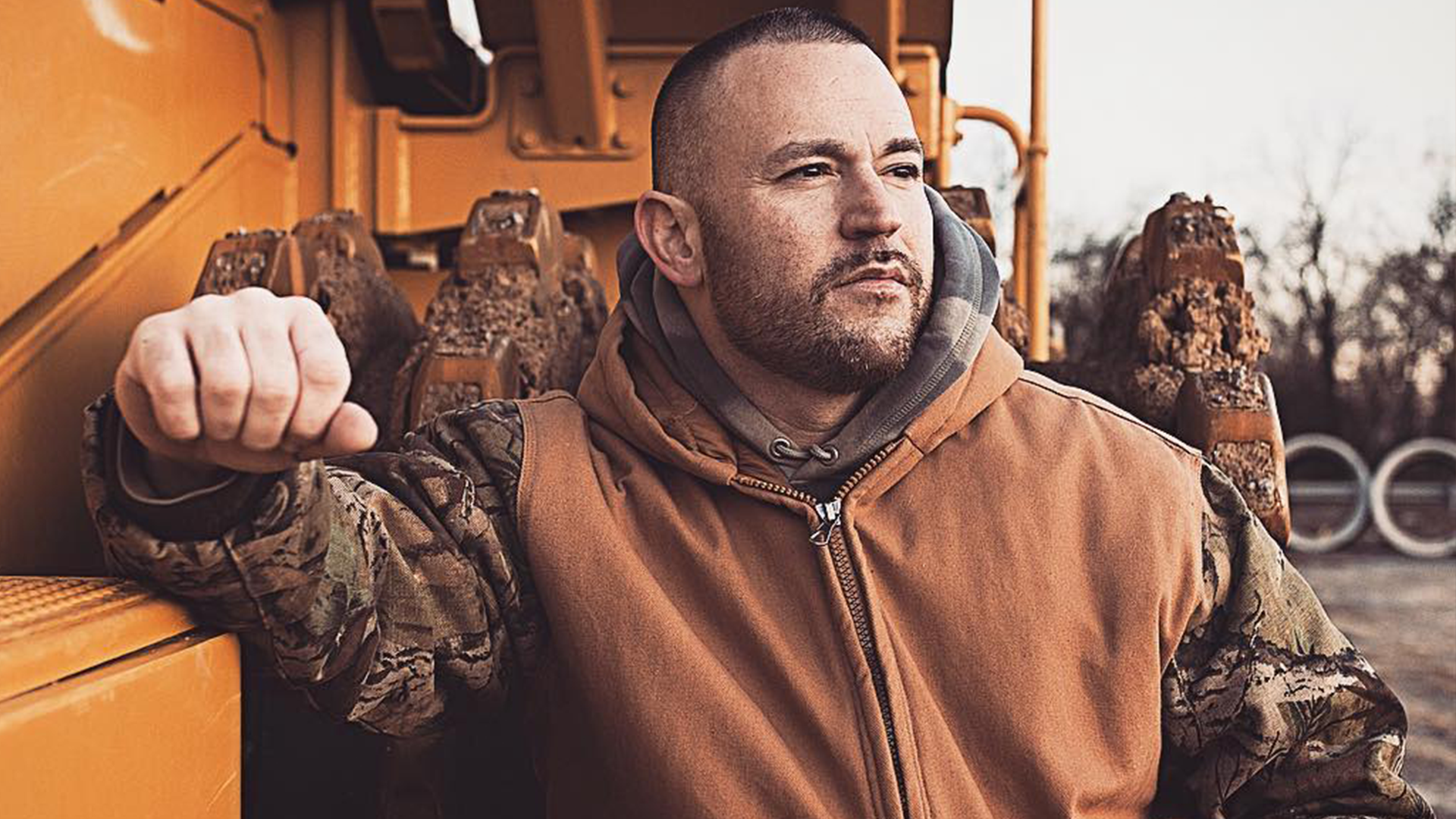 Twenty years ago (wow!) Bubba Sparxxx dropped his debut video to his first mega-hit song “UGLY”. At the time it was easy to spot cameos by TIMBALAND, MISSY ELLIOTT and BIZARRE from Eminem’s D-12. But little did we know that that video was also littered with a WHO’S WHO of the future of COUNTRY RAP who would go on to help form the genre.

Let’s revisit all the special guests who made appearances in this iconic video.

#1 – TIMBALAND – This one was obvious as Tim produced the song and half of Bubba’s debut album “Dark Days, Bright Nights”. But who produced the other half…. 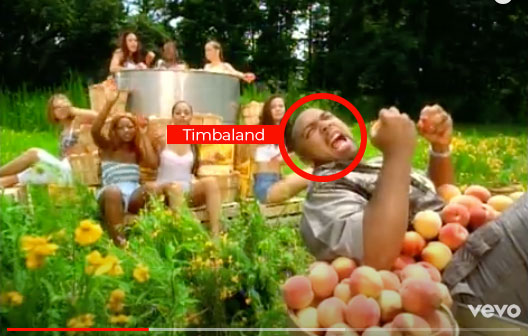 #2 – SHANNON HOUCHINS – Yes, the future AVERAGE JOES’ CEO who is credited for discovering and naming BUBBA SPARXXX made multiple appearances in the video as well. 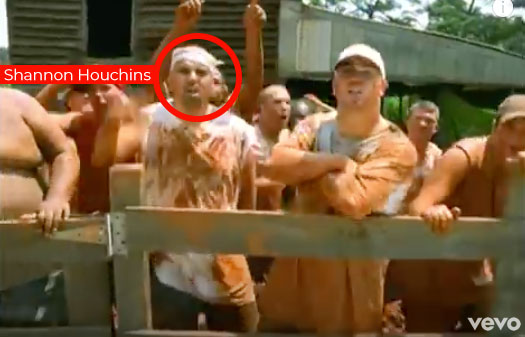 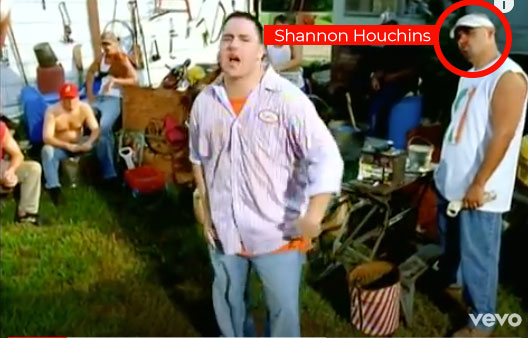 #3 – DEMUN JONES – As this was pre-AVJ, Demun was a part of the Houchins/Sparxxx camp and at the time was working with Shannon Houchins on his own debut album and thus came up to get his shine on. 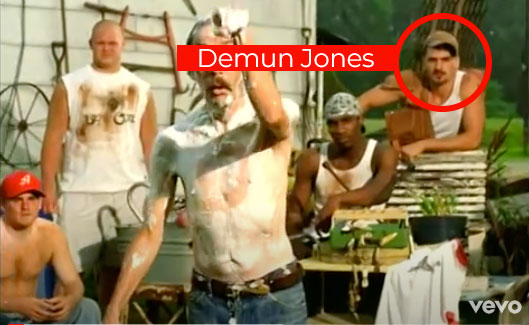 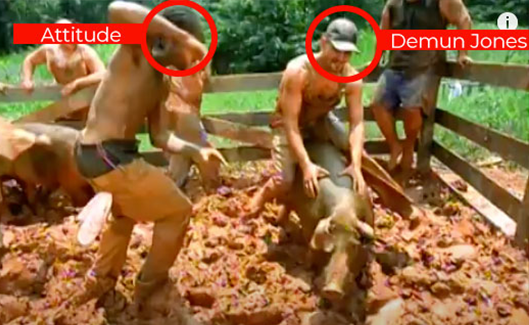 #4 – MISSY ELLIOT – Keeping it in the Timbaland family, Missy made a cameo riding a tractor in the final scene of the video. Part of Missy’s “Get Ur Freak On” is used in that section of “Ugly” 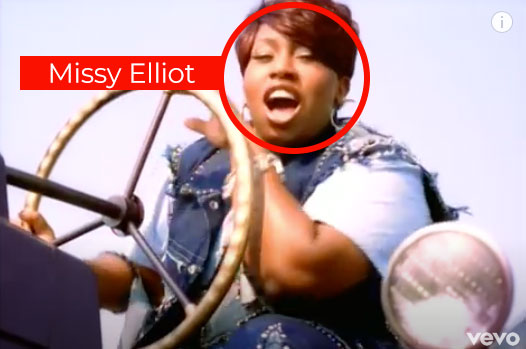 #5 – ATTITUDE – Many of you don’t know Attitude but he was also part of Houchins/Sparxxx camp at the time as well. He later went on to write major hits for Justin Timberlake and Nelly Furtado. But most importantly to COUNTRY RAP FANS, Attitude co-wrote Colt Ford’s “Saddle Up” which appeared on Colt’s debut album “Ride Through The Country”. 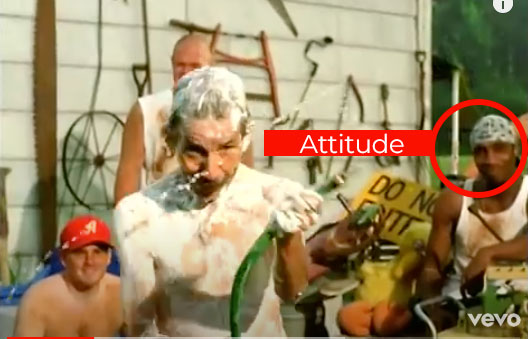 #6 – COLT FORD – Yes the GOAT himself makes an appearance! You may not recognize him without facial hair and his signature cowboy hat but Colt can be seen acting a fool in an early shot. 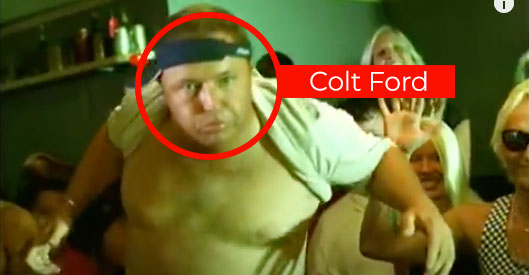 #7 – BIZARRE from D-12 – We haven’t been able to figure out WHY Bizarre is in the video but he can be seen in the pig pen scene. Maybe it’s the Interscope Records connection, but we are not 100% sure. 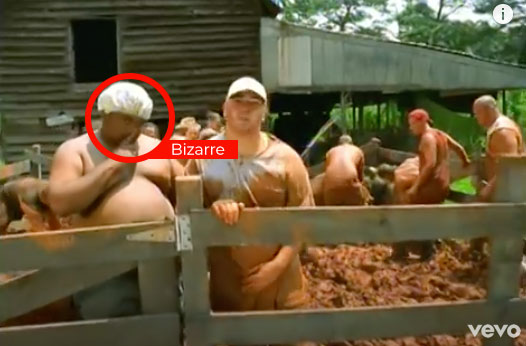