The Dopest Country Rappers who can’t seem to SELL 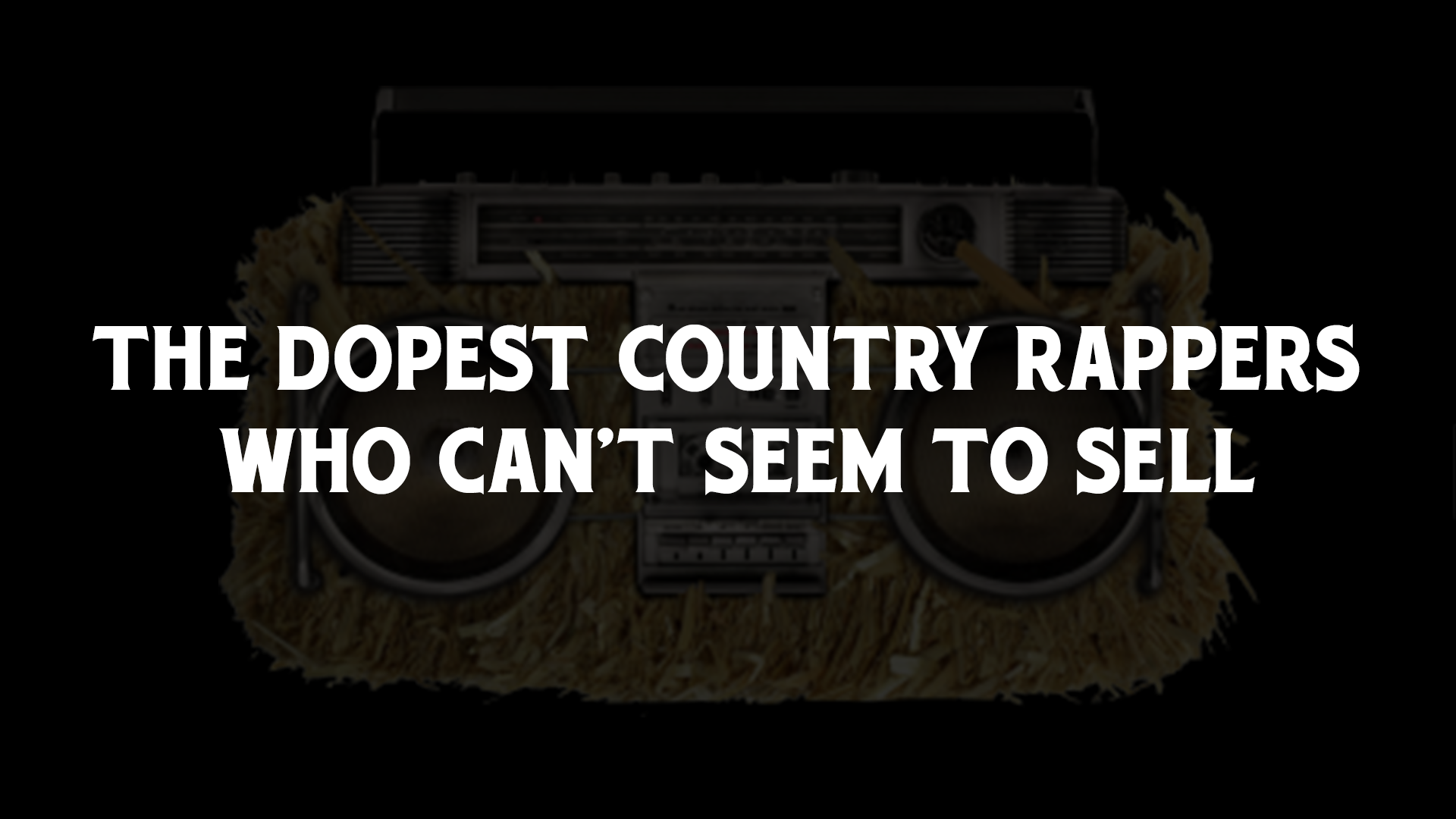 Being the top of your game doesn’t always translate into connecting with a large fanbase. Some of your favorite artists don’t actually move the numbers we think they do. How many times has a great TV show you love been canceled after a season or two and you wonder why? Because being GREAT doesn’t mean people are connecting. And on the opposite of that, sometimes shitty music is able to connect on a global level.

So we decided to showcase the FIVE BEST artists in Country Rap who can’t seem to connect with a fanbase. And it’s not their fault. They all keep delivering quality music. It’s on us, the fans, who keep sleeping on these talented artists.

So here they are:

5. SHELBYKAY
She has the lyrics and the flow but on average sells only FIVE album equivalents a week. She’s also on the biggest label in Country Rap, who last year delivered a barrage of singles and videos and made sure fans across the country knew who she was. She even had a much publicized feud with the current queen of country rap, Savannah Dexter. The only missing piece is her lack of steady touring and we all know, meeting fans is important.

4. LONG CUT
These guys have toured with Demun Jones, The Lacs and more. They have dropped banging single after banging single. They have both the look and the sound and the support of Demun Jones’ label RAHHH RECORDS. All boxes seem to be checked except a fanbase as they only sell around TWELVE album equivalents a week. Y’all need to wake up and recognize these guys or miss out.

3. J ROSEVELT
J Rosevelt can both rap and sing. His skills are unmatched in any genre of music. He’s been on both Average Joes and Mako Music but can’t seem to get it going. J only sells around FOUR album equivalents a week. The one knock is that even with the label support, he hasn’t been able to string together a steady stream of releases. His career has been a bunch of starts and stops. Maybe that’s the issue. Regardless, he’s amazing.

2. SARAH ROSS
Like J Rosevelt, Sarah Ross has both rapping and singing skills. She’s part Nicki Minaj, part Carrie Underwood. She’s really at the top of the skills scale doing both. But she’s been inconsistent with releases and hasn’t really toured and I’m sure that’s hurt her. She only sells around 28 album equivalents a week. SARAH, please keep the music coming. It will click eventually.

1. BIG MURPH
This is a BIG head scratcher to me. Murph is not just country rap dope. He’s rapper rap dope! And he’s been consistent with the releases of quality music. But that has only equated to an average of SEVENTEEN album equivalents a week. Could be the lack of touring or it could be he doesn’t really pick a direction as Murph tends to flirt with both country rap and mainstream rap. Sometimes you need to pick a lane. Regardless, if you don’t currently listen to Big Murph you are missing out.

VIDEO SPOTLIGHT – FJ Outlaw “Blame It On My Ego”

VIDEO SPOTLIGHT - FJ Outlaw "Blame It On My Ego"