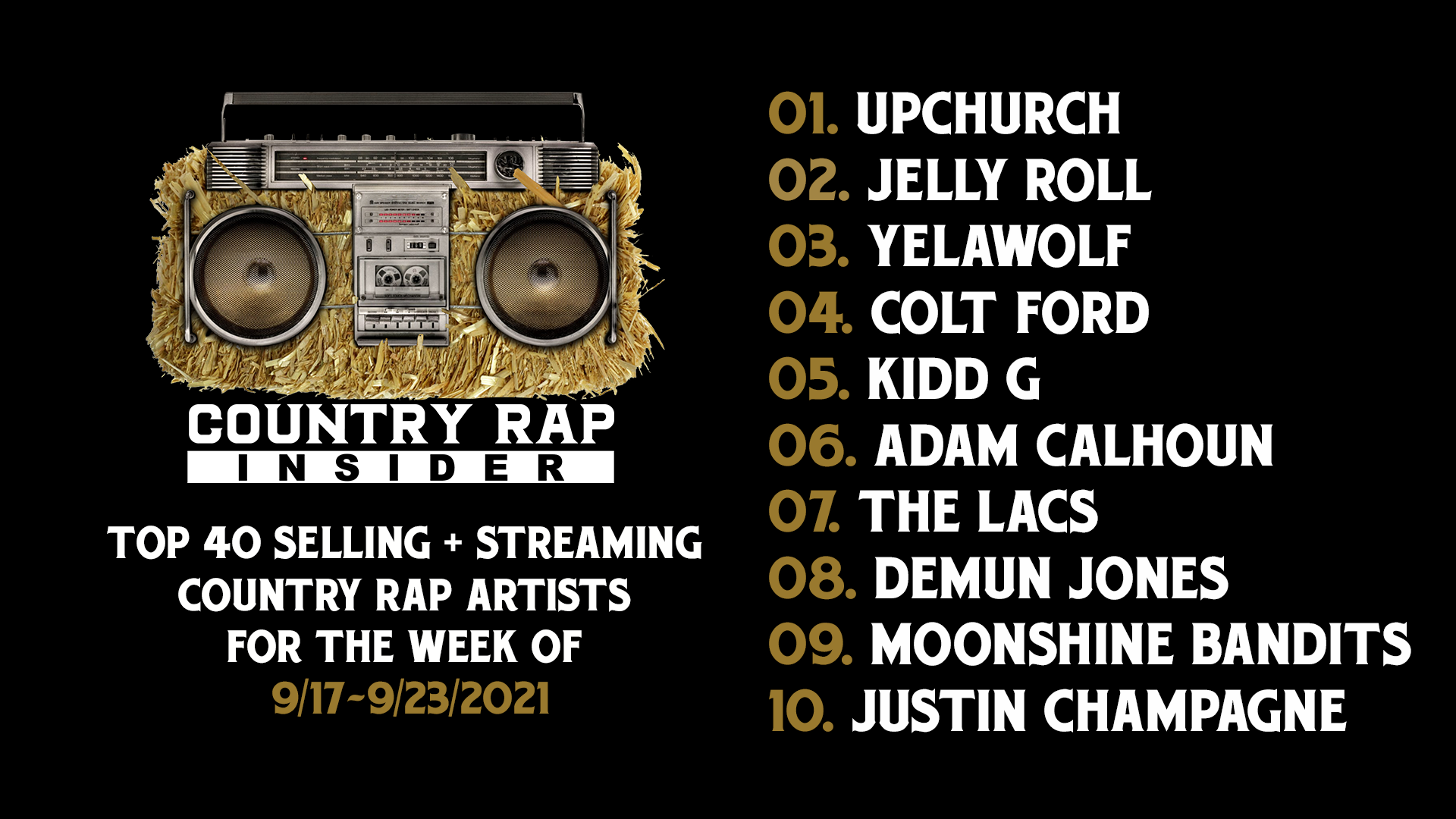 The Top 10, actually the Top 11 spots remain static this week. The first change is at #12 where Struggle Jennings moves up to that spot from the #13 position pushing the Jawga Boyz back ONE spot from #12 back to #13. Jawga Boyz should consider dropping some new music soon as their numbers have been declining lately. Where ya at D Thrash?

Speaking of declining numbers, Bubba Sparxxx who has been dropping music, even though no one knows it, falls back again ONE spot to #15 allowing SMO to move up ONE position from #15 to #14. Seth Anthony also moves up ONE spot from #17 up to #16.

Overtime, who took a rare dip last week, is back up. Overtime had dropped FOUR positions down to #22 but has moved up FIVE positions this week to #17.

In a complete reversal, Savannah Dexter who gained EIGHT spots last week has dropped EIGHT positions this week making her the BIGGEST drop of the week. Last week Sav held the #16 spot driven by her new album release, but this week she is back down to #24.

Charlie Farley is back in the Top 20 this week taking the #20 position from Haystak who falls to #21. Stak has been dropping every week since his scuffle with ACal a few weeks back. Fans are watching!

Outlaw surges SIX spots from #33 up to #27. Outlaw’s gains push the following artists back:

Now to the biggest story of the week and GREATEST GAINER. Brodnax surges back onto the chart to #34, officially up NINE spots. Congrats. Brodnax’s gains push the following artists back: