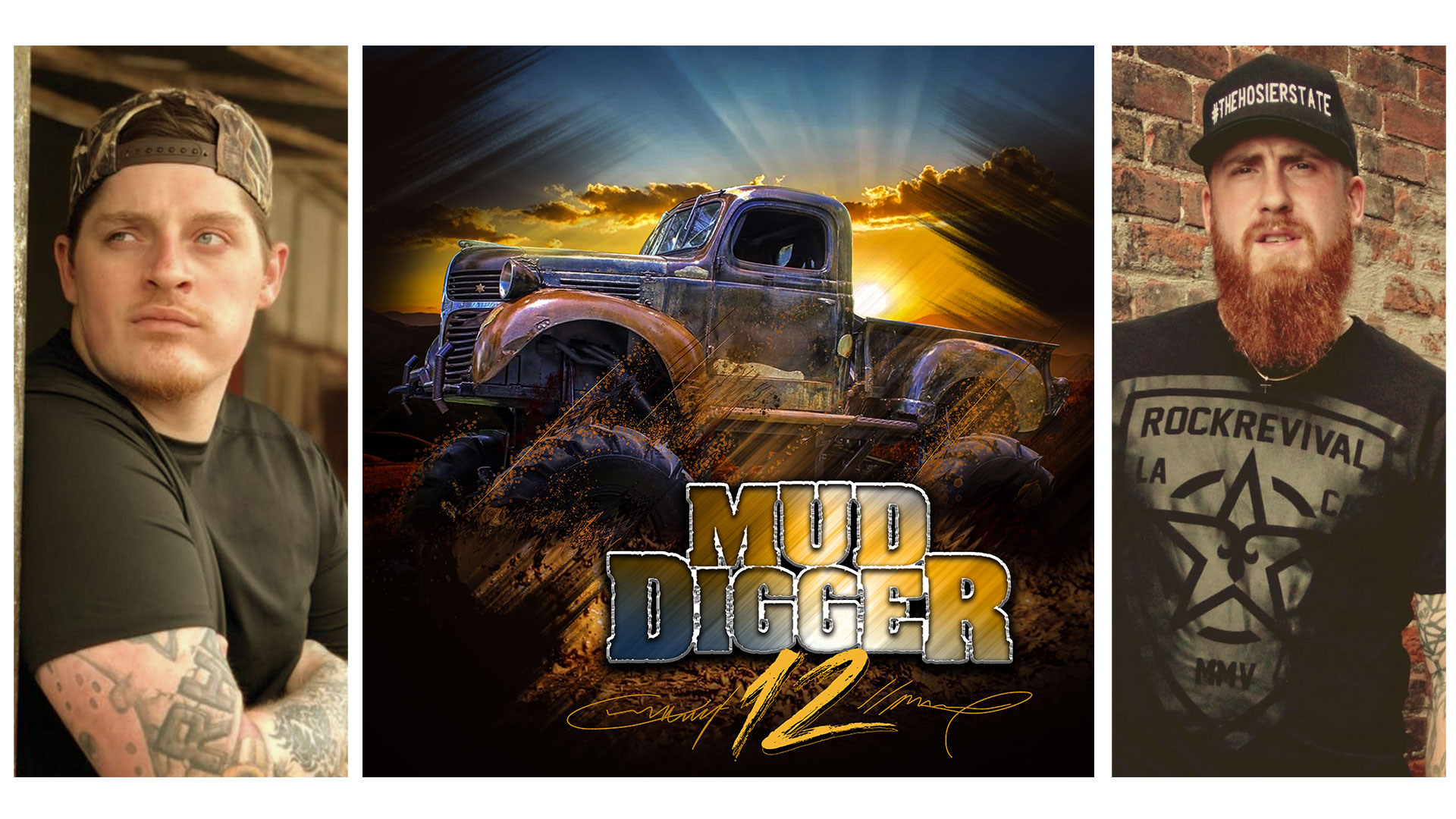 Leave it to Average Joes to get all these artists together in one place. From AVJ regulars to ex-label artists to even an artist who’s no longer alive, all make appearances. But then there’s a bunch of artists who have never been on Average Joes.

As usual they have all the current AVJ artists like Colt Ford, Sam Grow, Cypress Spring, Austin Tolliver, Sarah Ross, Shelby Kay and the original Mud Digger himself, Lenny Cooper. But then there are artists who were once on the label but now are elsewhere like The Lacs and J Rosevelt. And of course the late Tommy Chayne, who passed earlier this year, has a song on the album.

All the above is mostly par for the course but now let’s look at the outside artists who make an appearance. In fact, making a comparison with last volumes, this album has the most outside artists ever. AVJ has always been about giving new artists a chance but this volume features ALOT.

The first single and video from the album was “Outlaws Never Die” by Long Cut who are on Demun Jones’ Rahhh Records and the song features Big Murph who is independent. So that itself is odd that AVJ would lead with a song without any of its own artists. Other outside artists include Stormie Leigh, J Hollett and Uncle Kracker.

The biggest WTF is that both Upchurch and Hosier appear on the same album. They allegedly hate each other. Hosier actually appears on Lenny Cooper’s song “Fire Up” and like I said in my Video Spotlight last week, it’s weird to see the most liked artist in country rap (Lenny) on the same song with the most hated (Hosier).

Only people missing from this album are Who TF is Justin Time?, Savannah Dexter, Shotgun Shane and Brabo Gator. But maybe Average Joes was avoiding the potential release party battle royale.

While I am scratching my head on the diversity of artists, the album is amazing. It’s by far the best Mud Digger since the early three volumes. So maybe weird is good. “WTF” = interesting.

Below is the full track listing.