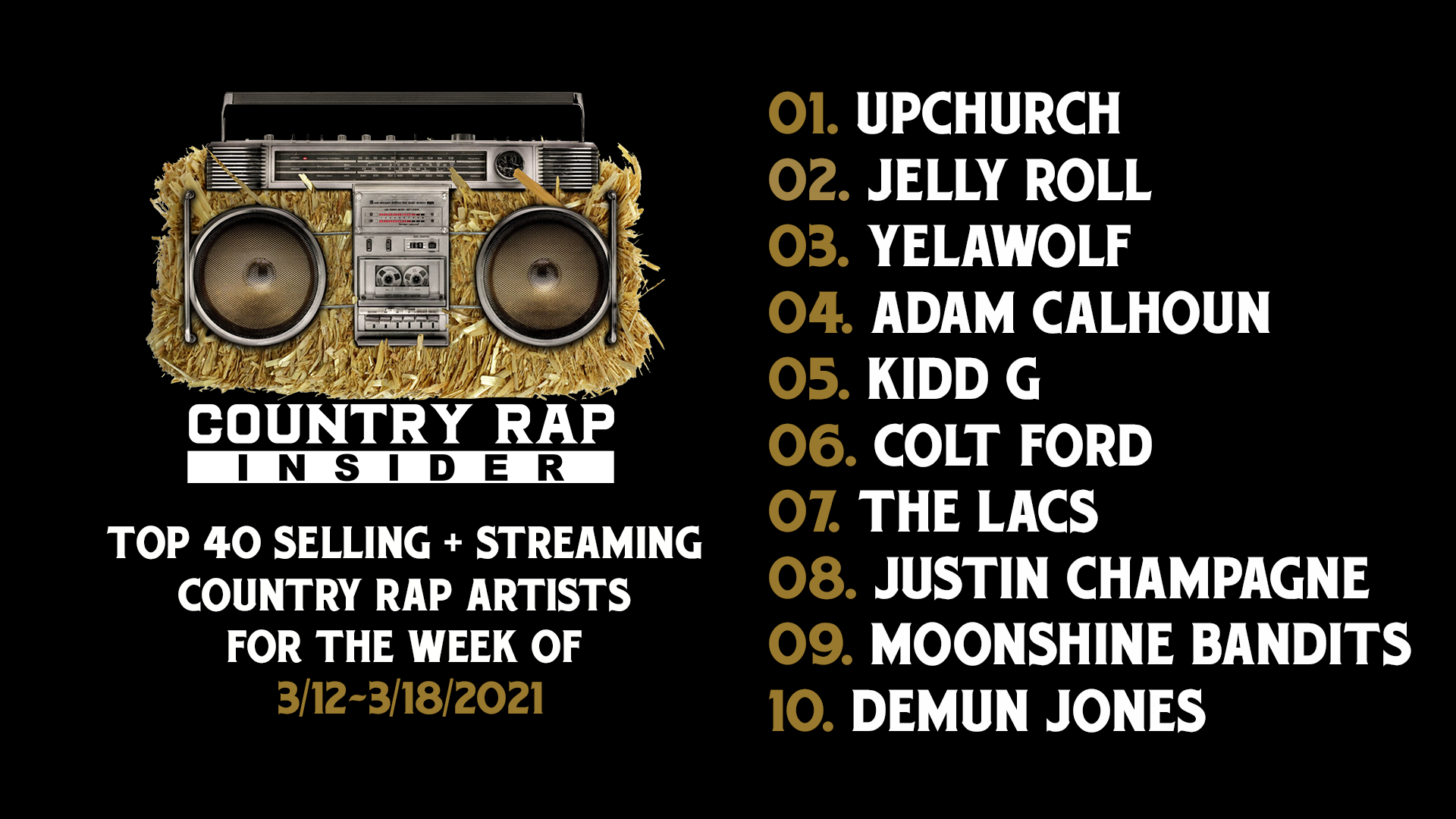 The biggest beneficiaries were Adam Calhoun and Demun Jones whose sales each went up 18% and 20% respectively, probably due to both artists having past collaboration projects with Church. With that said, the Top 10 order still stayed the same.

No real big gainers this week but a few artists had multi position drops. Shotgun Shane dropped FIVE spots from #25 down to #30 while Burden dropped THREE spots from #18 down to #21. Most surprising was Savannah Dexter’s FOUR position fall from #12 down to #16 marking the first time she’s been out of the Top 15 since the release of her “Savages” album in early February.

Other chart news: Big Murph falls back off the chart one week after making his chart debut allowing The Stixxx to return to the #40 spot.