Who Is The GOAT Of Country Rap? 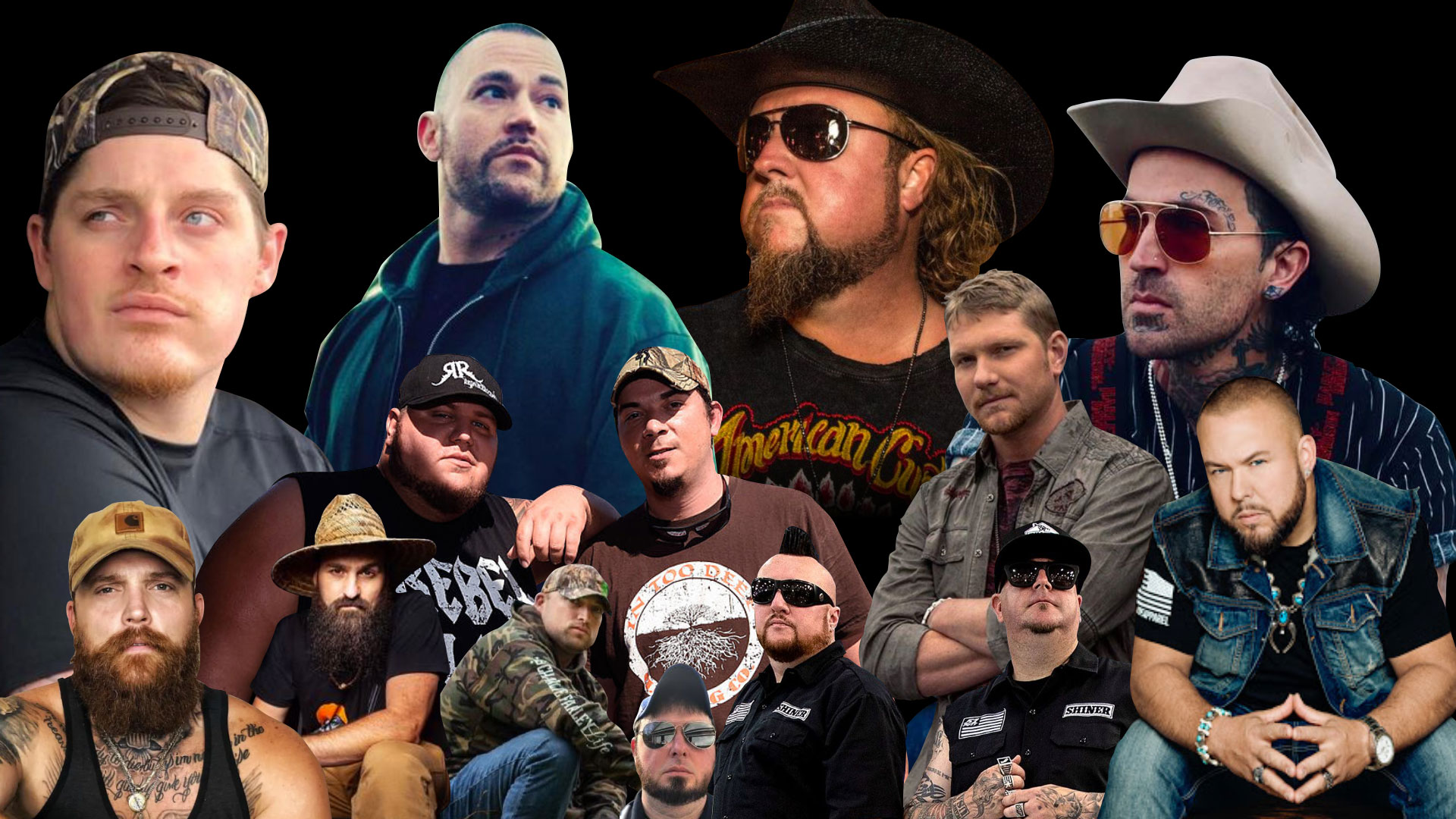 Lately there’s been talk in the country rap community about who’s the GOAT of the genre. Certainly a lot has changed from the early days when Colt Ford first showed the world that this combination of music and backwoods living was a force to be reckoned with. Or even the early early days when Bubba Sparxxx was just rapping about his surroundings with no forethought that he may be inspiring a movement. Fast forward to today where the likes of Upchurch and Demun Jones have made their presence felt and at times seem to be the only game in town. Where we once had a single label, Average Joes, carrying the flag for movement, we now have D Thrash, Dirt Rock, Mako  and more all making noise.

So then who is the GOAT? Well they say “numbers don’t lie” so let’s start there. Music Connect (formerly Nielsen) is the service that tracks all music sales and streams. These streaming numbers include all platforms (Spotify, Pandora, YouTube, Apple etc) and single streams, whether on an album or not, are converted into album sales equivalents by a formula created by Billboard. Add these with actual digital and physical sales and you get TOTAL ALBUMS SOLD on which MUSIC CONNECT reports.

Based on these industry numbers below are the TOP 10 SELLING COUNTRY RAP ACTS OF ALL TIME!

10 – Adam Calhoun (Independent – ACal) – One of the genre’s newer additions, Adam has released six solo studio albums and one collab album since 2018.

9 – Cowboy Troy (Major – Warner Brothers [3] & Independent – Various [3]) – An OG artist, Cowboy Troy dropped his debut in 2005 on major label Warner Brothers Records where he acquired most of his sales. He has since released five more albums, two more on Warner and three independently.

8 – Moonshine Bandits (Independent – Average Joes, Sub Noise, MSB) – The west coast based Bandits have released ten studio albums since 2001 on three different labels although the bulk of their sales have been from their three releases with Average Joes Entertainment. 2011’s “Whiskey and Women” was released by Suburban Noize Records (home to the Kottonmouth Kings) with the other six released by MSB’s own label.  Shout out to Shiner Nation!

7 – SMO (Major – Warner Brothers & Independent – YAYODA, Average Joes, Edge) – The Boss Of The Stix  made his album debut in 2007 with “The True South” on independent YAYODA Records but it wasn’t until 2010’s self released “American Made” that he began to make noise. That noise led to Warner Music Nashville signing SMO. Coupled with the release of his AMC reality show this major label debut drove most of his sales to date. Later indie releases came out on Edge and Average Joes. In total SMO has released six albums.

6 – Haystak – Another OG of the genre, Haystak has dropped so many albums that I’m not even sure how many are in his catalog. J/k, the answer is 20 since 1998 and that is more than any other artist on the entire list. By sheer volume he gets into the top 10.

TOP 5 Fact: The 6th-10th spots rise ever slightly artist to artist, but the difference between #6 Haystak and #5 The LACS is over a 150% gain. So the STAR METER rises immensely when we get to the TOP five artists on this list. Below are the real BIG DOGS of country rap!

5 – The LACS (Independent – Average Joes, Dirt Rock) – The first country rap act Average Joes signed after Colt Ford broke the genre, The LACS quickly became a household name and one of AVJ’s all time selling artists. While Clay and Brian had a couple self released “out the trunk” albums, their real success came with 2010’s “Country Boy’s Paradise”. And that success continued with four more studio releases from Average Joes and two more on their own Dirt Rock Empire label. In total The Lacs have released seven studio albums.

4 – Bubba Sparxxx (Majors – Interscope, Virgin & Independent – Average Joes) – The real OG of the industry, whether he intended to be or not, Bubba debuted on Interscope Records with 2001’s “Dark Days, Bright Nights”. After dropping sophomore effort “Deliverance” in 2003 he departed for Virgin Records. Soon he went independent joining Average Joes which was owned by Colt Ford and Shannon Houchins. Houchins had developed and produced “Dark Days, Bright Nights” so in a way Bubba was always AVJ even when he wasn’t. Bubba has only released seven albums in total but all have been BIG. Arguably  Bubba Sparxxx may have easily made the #1 spot on this list had he simply just released more albums.

3 – Upchurch – (Independent – RHEC, Redneck Nation, Black Fly) – Quantity, Quantity, Quantity! In a 180 degree move from his brethren in the #4 spot, Upchurch has released sixteen albums since 2015. Wow! Besides Haystak, that’s more than double anyone on this list and enough to barely edge out Sparxxx. While the #3 spot does not give you GOAT status it’s clear that Upchurch is on his way to take that #1 spot. He’s currently the biggest act in the genre and even Colt and Bubba have said he’s the man right now. So if Colt Ford is Tom Brady of country rap, Upchurch is Patrick Mahones!

2 – Yelawolf – (Major – Interscope & Independent – Slumerican) – From past conversations with Yelawolf, I would venture to guess he wouldn’t want to be on this list. Like Bubba Sparxxx, Yelawolf rides that line between country and traditional rap. But because all the elements are there to check the “country rap” box, I’m including him. Yelawolf debuted with his self-released “Creekwater” in 2005. Soon he found himself on major Columbia Records which didn’t yield a release. Eventually he landed at Interscope Records with a co-sign from Shady and the rest is history. Yelawolf has released a total of eight albums.

1 – Colt Ford (Independent – Average Joes) – Now why wouldn’t he be? Not only did he create the genre but he has also transcended it while at the same time discovering and writing hits for other artists like Brantley Gilbert and The Lacs. He also wrote Jason Aldean’s biggest career hit “Dirt Road Anthem”. Yes Colt spends his off time playing golf with the likes of Clint Eastwood, Aaron Rodgers and Toby Keith but he also helps run his independent label Average Joes which not only makes music but also produces feature films and television. Colt debuted in 2008 with ‘Ride Through The Country” and has since released seven studio albums including multiple gold singles.